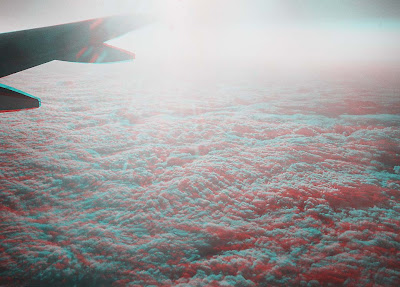 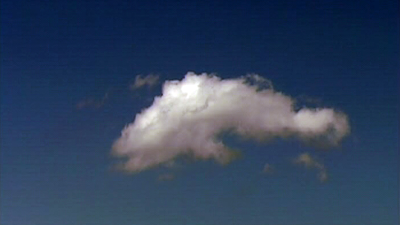 Forgetting (the vanishing point) is a long take of a cloud dissipating in real time. It lasts 9 minutes and 40 seconds.

The work references a demonstration by Brunelleschi in the 15th century. Brunelleschi, while devising an apparatus for viewing his painting of an image of the baptistry in Florence, did not render the sky above the baptistry in paint, rather it was executed in silver leaf so that, acting as a mirror, it would capture the reflections of the real sky passing over the heads of the viewers staring into the optical box of his perspectival construction.

The specificity of cinema is its unfolding of the image in the real time that becomes the lived time of the work. In an intimation of the real, the cinematic image addresses the time of the in-between in which something is being actualized, the time it takes for something to happen.

“Time becomes a subject because it is the folding of the outside and, as such, forces every present into forgetting, but preserves the whole of the past within memory: forgetting is the impossibility of return, and memory is the necessity of renewal.” Gilles Deleuze, Foucault. 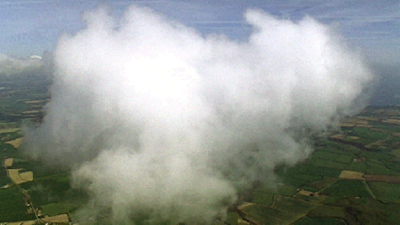 Two films, 5 minutes each, shown simultaneously as two projections on opposite walls.

Two simultaneous films each 5 minutes, shown as two projections on opposite walls.
Around now consists of two films playing simultaneously, each 5 minutes long. One film is a single take shot while flying 360˚ in a perfect circle around a cloud. The other film is the same circle but filmed facing the opposite direction, out into the surrounding skyscape while flying around the cloud. The two films are projected simultaneously on opposite walls of the gallery. In projecting simultaneously the two viewpoints, the installation 'Around now' explores the act being carried out. The gallery becomes the space in-between, the ‘cut out’ circle of the path taken, which we inhabit as viewers. As opposed to the end points (A and B) the middle or journey is prioritized.
In the unfolding of an event, there is a time of actualisation, of occurrence. The specificity of cinema is its disclosure of the image in the real time that becomes the lived time of the viewer, the mapping of one time onto another. Cinema carries out a suspension of the world and ‘it is the suspension of the world rather than movement, which gives the visible to thought, not as its object, but as an act which is constantly arising and being revealed in thought’. 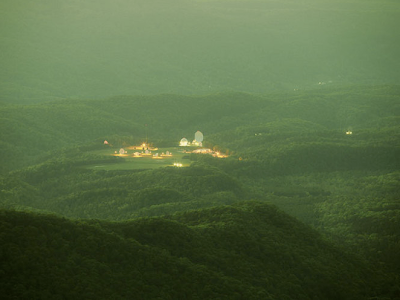 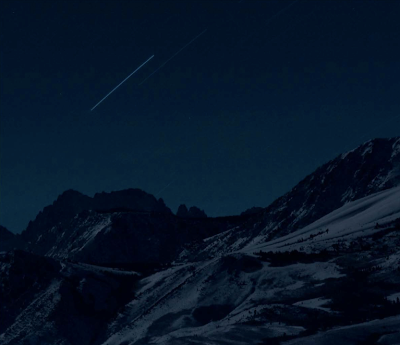 http://www.paglen.com/
All fascinating stuff. Currently part of 'Free', an exhibition about the internet and information at the New Museum New York.
Posted by Hazel France at 11:45 0 comments 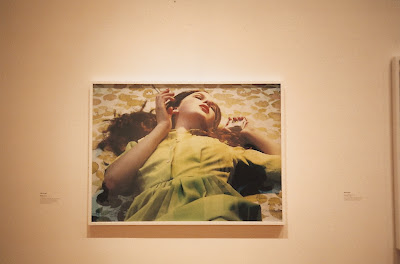 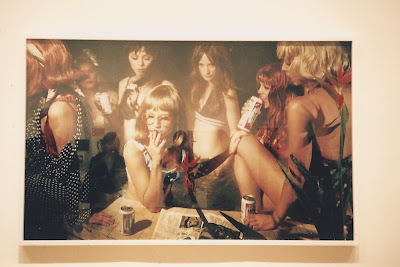 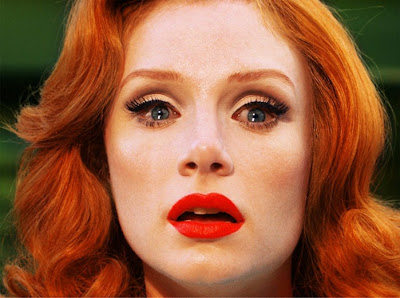 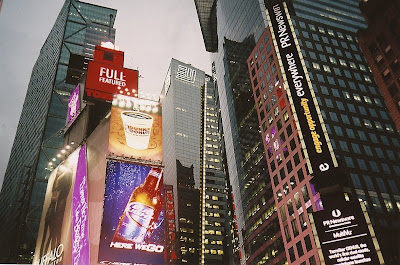 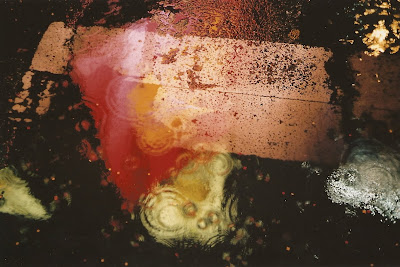 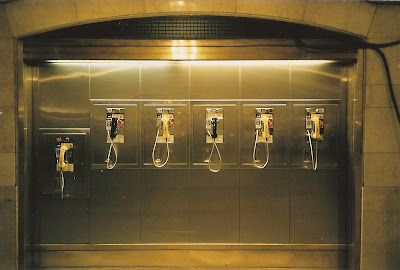 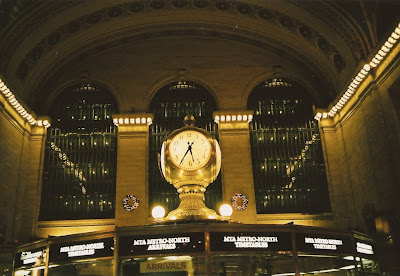 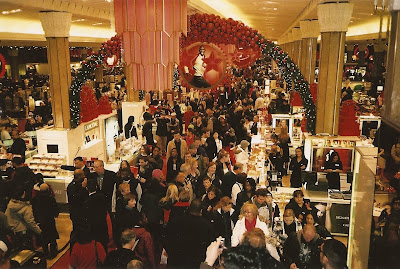 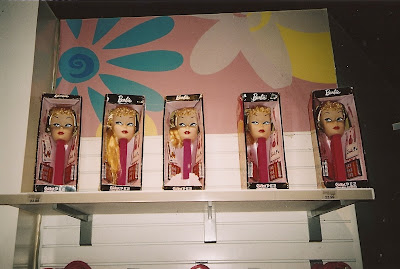 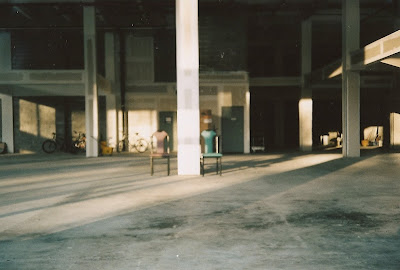 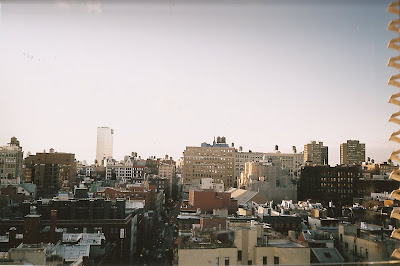 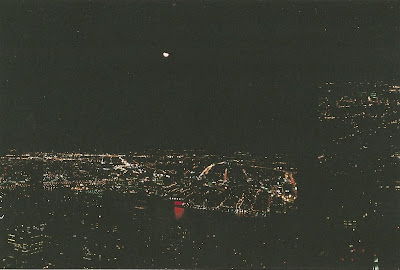 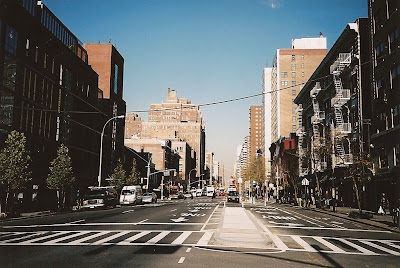